The Viola family is a Pittsburgh martial arts legacy.  Bill Viola Sr. is the co-creator of the modern sport of MMA while his children continue to spread his teachings. Great read about Pittsburgh Karate champions.

When Bill Viola Sr. attended middle school in Brownsville in the early 1960s, an older friend taught him some Shotokan karate he had learned in the military.

“After getting a taste of the martial arts, Dad just never stopped,” recalled his son Bill Viola Jr., 37, of North Huntingdon.

Since the 1960s, Mr. Viola Sr., now 67 and also of North Huntingdon, has been a karate pioneer and is credited as a founder of the sport of mixed martial arts. In 1969, he established Allegheny Shotokan Karate and was champion competitor until he retired in 1979.

In 2011, the Western Pennsylvania Sports Museum and the Heinz History Center honored him with an exhibit documenting Pittsburgh as the birthplace of the sport he helped create. Two years later, he celebrated 50 years as a martial arts practitioner.

He also taught karate to all five of his children, all of whom have gone on to obtain the rank of black belt and follow him into the competitive arena.

“Dad got us started on this journey,” Mr. Viola Jr. said. “All of us have gone on to win state championships and [daughters] Ali, Addie and I have won world championships.”

In the 2014 Karate World Games held in New York in December, she won her last two titles, but also watched as her 4-year-old niece, Gabby, joined her as the youngest competitor in the games. Not only did Gabby represent another generation of Violas to contend in the competitive online casinos arena, she came in fourth in her division.

“It seems as if we Violas start to get involved in karate as soon as we can walk,” Mr. Viola Jr. said. “Being in my father’s karate studio is my earliest childhood memory.”

As Gabby’s father, he said mobile casino he didn’t force his daughter into the sport, but because her four aunts all participate in karate it just seemed natural. The 4-year-old goes to her grandfather’s studio in North Huntingdon three or four times a week.

“Some of our success must have to do with genes, but, first and foremost, it depends on building character, which casino spiele casino spiele creates an atmosphere of discipline and a good work ethic,” he said. “The motto at our school is ‘The more you sweat here, the less you bleed out there.’”

The family’s competitive drive seems to have spilled over into their professional lives. All five siblings have college degrees. Besides winning an international title, Addie Viola, 35, teaches kindergarten in Bethel Park. Her sister, Jackie, 23, is a pharmacist, and sister Jocelyn, 21, is studying pharmacy at West Virginia University.

Ali Viola, short for Allison, started martial arts at age 3 and hopes to be involved in the sport indefinitely.

“Karate is a life-long activity that you can keep doing into your 60s and 70s,” she said. “If I have children I plan to encourage them to study martial arts because they’re so beneficial to so many other areas of life.”

Mr. Viola Jr. retired from competing in early 1999 after suffering a broken neck in a car accident. “One of the most terrible events in my life, it did allow me to refocus my love of the sport into coaching and film making,” he said.

Every weekend, an all-star group of 30 young karate students train under his tutelage for three hours at the studio his father founded.

“Dad oversees everything, and when he comes in everyone sits up a little straighter,” he said.

Mr. Viola Jr. created the Kumite Classic competition and is a film producer of movies mostly in the karate genre. He’s also authored a book on the history of mixed martial arts and his father’s contributions as a pioneer of the sport. Titled “Godfathers of MMA,” the book is scheduled for release soon.

Besides Gabby, Mr. Viola Sr. has two other grandchildren from daughter, Addie; granddaughter, Ella, 6, and grandson, Noah, 4, are also involved.

“Titles come and go, but a legacy is forever,” the senior Mr. Viola noted. 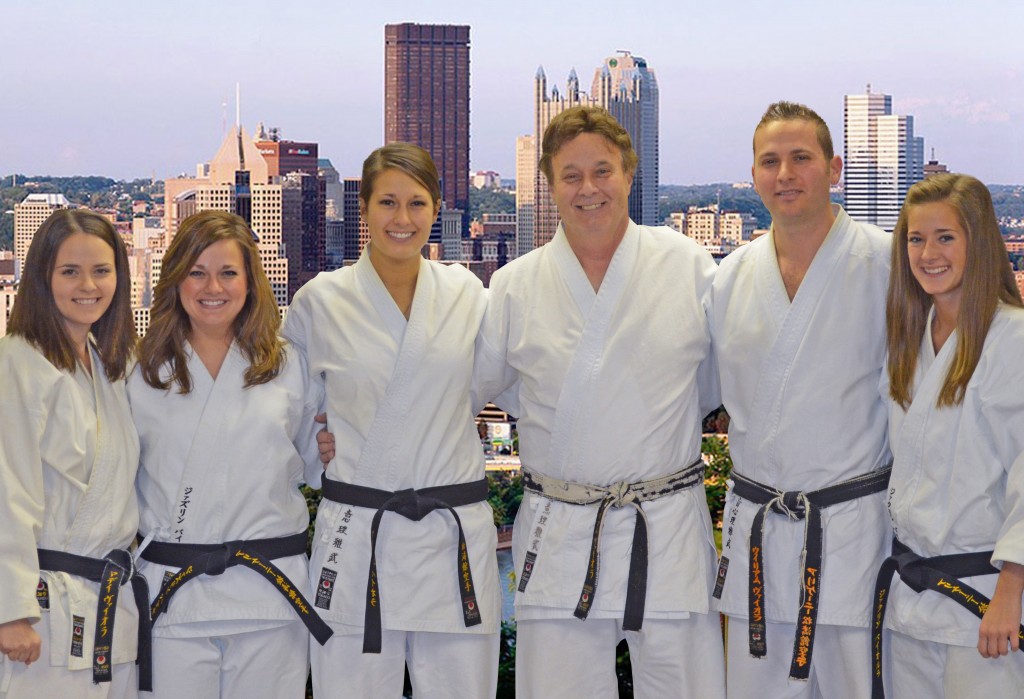